Robert R. Gorbold concentrates in trial and appeal of civil cases primarily in state courts throughout northeastern Illinois. Mr. Gorbold has tried in excess of 60 cases, primarily before juries, including personal injury and commercial cases. His personal injury trials have included the representation of defendants in complex medical malpractice, products liability, general casualty, and construction injury cases. He has represented plaintiffs in general personal injury cases. His commercial trials have involved claims for money damages and injunctive relief including insurance coverage, contract interpretation, commercial accounting, zoning and land use, professional negligence defense of architects and engineers, and probate matters. His clients include physicians, physician groups and clinics, nursing homes and management companies as well as individual and corporate entities.

Mr. Gorbold graduated from the John Marshall Law School in 1979, with distinction. While in law school, he participated in an honors program with the Appellate Court. Mr. Gorbold was selected as a Fellow of the Litigation Counsel of America and later elevated to status of Senior Fellow.  He also enjoys the distinction of being selected by his peers to the Leading Lawyers Network (2006 – present) and Illinois Super Lawyers (2006 – 2009). 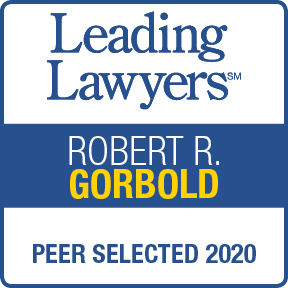