John is a native of Joliet, Illinois, and a lifelong resident of Will County, where he has practiced law since 1993.  He has over 25 years experience in the areas of real estate, personal injury, workers’ compensation, criminal and traffic, family law and probate.

John proudly served his country in the United States Army.  After being honorably discharged in 1986, John attended Lewis University in Romeoville, Illinois, earning a Bachelor of Science degree in Biology/Pre-Med in 1988.  John worked for the Illinois Administrative Office of Illinois Courts as a Pretrial Services Officer in Cook County, Illinois, while attending undergraduate and law schools.  He graduated from Chicago-Kent College of Law in Chicago, Illinois, earning his Juris Doctor in 1993.

John worked for a local law firm upon graduation from law school, but struck out on his own in 1998.  He began his solo practice in 1998 in Joliet and continued running his own practice until joining KGG LLC.  In 2019, his solo firm was voted one of the best law firms in Will County in the Herald-News Readers’ Choice Awards.  KGG was voted the best law firm in the same poll.  Merging his solo firm into KGG allows John to continue in the path of excellent legal services. He has spent his entire legal career serving the legal needs of Will County residents, and he is pleased to be able to continue doing so, now with the resources a larger firm.  KGG is proud to have brought John’s vast experience and strong work ethic to its team of lawyers. 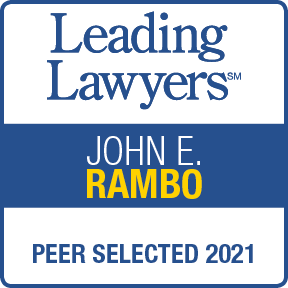